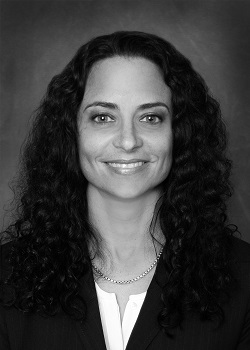 Jenelle E. La Chuisa is the founder of La Chuisa Law and the President-Elect of the Women’s Chamber of Commerce. An accomplished and experienced attorney in her field, Jenelle focuses her practice on international and cross-border disputes. She also serves as an arbitrator, admitted to the American Arbitration Association’s roster of commercial arbitrators and Florida Supreme Court qualified to serve as a court-appointed arbitrator. Having noticed the struggling market for small businesses but recognizing the need for good counsel, Jenelle wants to focus on counseling small business owners, local businesses, and others who need expert advice but have been priced out of the high cost legal market.

Hailing from a small suburb located near Rochester, New York, she brings a multi-faceted perspective to Miami. It was her time at University of Rochester, New York where her love for culture took hold. Jenelle double majored in English and Spanish. Traveling abroad to Spain during her time at Rochester cemented her love for Spanish culture and language and brought her to Miami. Jenelle attended law school at St. Thomas University in South Florida and has since called Miami her home.

Before opening her own firm, Jenelle worked at some of the most esteemed law firms in South Florida. She began her practice in Commercial Litigation at Fowler White Burnett, P.A. and continued developing her litigation experience at Bilzin Sumberg. As she developed her skills in business litigation, Jenelle wanted to focus on her passion of international law and use her bilingual skills. In 2007, Jenelle joined Astigarraga Davis as an attorney in the International Litigation & Arbitration department, and was elevated to Shareholder in 2011. Within two years at Astigarraga Davis, Jenelle was selected as a “Future Star” by Florida Super Lawyers Magazine in 2009—2011 and 2013—2014, and a Florida Legal Elite “Up and Comer” in 2014.

Even with all the success, Jenelle saw entrepreneurs and small business owners—foreign and local—trying to enter the international market but lingering recession conditions burdened expansion or current endeavors. High legal costs made legal counsel a luxury rather than necessity, possibly hurting those businesses later. Thus, using her innovation and experience she opened La Chuisa Law. Due to her extensive knowledge and involvement in international commercial arbitration and litigation she remains Of Counsel at Astigarraga Davis.

Jenelle is a visionary for the needs of those around her and as its President-Elect, the future of Women’s Chamber of Commerce of Miami (WCC) is bright.

Things You Ought to Know About Jenelle:

Animal lover. Has cats and dogs. Her love for animals has led her to become a vegan.

Traveler. Tries to travel as often as work allows. Has been backpacking to Europe multiple times with her cousin.

Active. Loves to paddleboard and run Marathons/Obstacle Races. Has not had much time due to opening the firm, but looks forward to getting back into running and training for a race.