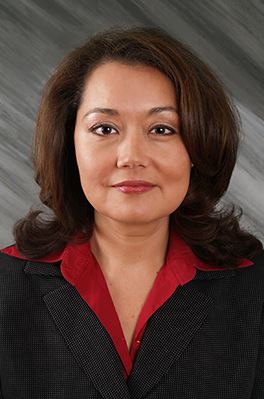 While serving on the Women’s Chamber board from 2009 to 2012, she became the Ethics Counsel to the Broward Inspector General. She is still there, supervising ethics and elections misconduct investigations, prosecuting local ethics violations, providing ethics training to county and municipal elected officials, and advising the Inspector General on all ethics-related matters. She is now also an Adjunct Professor for Florida International University’s MPA program, teaching public service ethics.

She was in private practice with a concentration in the defense of professionals and businesses in criminal and civil cases and formerly a Traffic Hearing Officer for Miami-Dade County Court, the Chief Assistant Statewide Prosecutor for Miami, and an Assistant State Attorney in Miami-Dade County. She served as a state prosecutor for seventeen years.

She holds a B.A. in Criminal Justice from the University of Maryland and graduated from the Columbus School of Law at The Catholic University of America in Washington, D.C. She has been Board Certified in Criminal Trial Law by The Florida Bar and AV Preeminent Rated by Martindale Hubbell, both since 1999. She has been a Certified Fraud Examiner since 2010 and this year became a Certified Inspector General.

Jodie lives in the Brickell neighborhood in Miami with her husband Jack Karaguesian and is running for Circuit Court Judge in Miami-Dade County in the August 30, 2016 election. She wants to elevate the level of service that she’s been providing to the public for 23 years and believes that being a conscientious public servant and teaching government ethics has prepared her to work hard every day to earn and keep the public’s trust for the justice system and all our government. Please remember her campaign slogan, which is, “It’s a breeze — vote for Breece!”